Why is the Burial of Christ Important?

John 19:41-42 states, "Now in the place where he was crucified there was a garden, and in the garden a new tomb in which no one had yet been laid. So becau 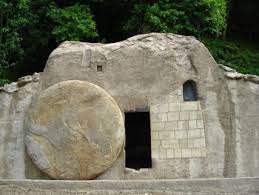 se of the Jewish day of Preparation, since the tomb was close at hand, they laid Jesus there."

It is easy for Christians to understand why Christ died. Clearly stated in verse 3 it was "for our sins." We also know the resurrection is so important, being raised on the third day because as Paul wrote in Romans 4:25 that Christ "...was delivered up for our trespasses and raised for our justification." Later in 1 Corinthians 15:17 Paul states the importance of Christ's resurrection in that  "if Christ has not been raised, your faith is futile and you are still in your sins." In other words, if Christ is still dead, you are still in your sin. Nothing has been paid. Your faith is worthless. So you see, the resurrection matters - it is everything!

But why does Paul and the gospel writers include the information about the burial of Christ? In short, the burial of the body of Jesus was to leave no doubt about the certainty of Jesus's death and everything it means and also the powerful display of His victory over sin in His resurrection. Jesus surely died, that is proven by His burial, and He rose again, which is so powerful, because He was in a tomb. He is risen! He is risen indeed!

So you can see the burial of Jesus isn't simply a historical fact. It is meant to prove the gospel. You can read more about the meaning Christ's burial from Ligionier Ministries in an excellent blog post entitled "The Burial of Christ."